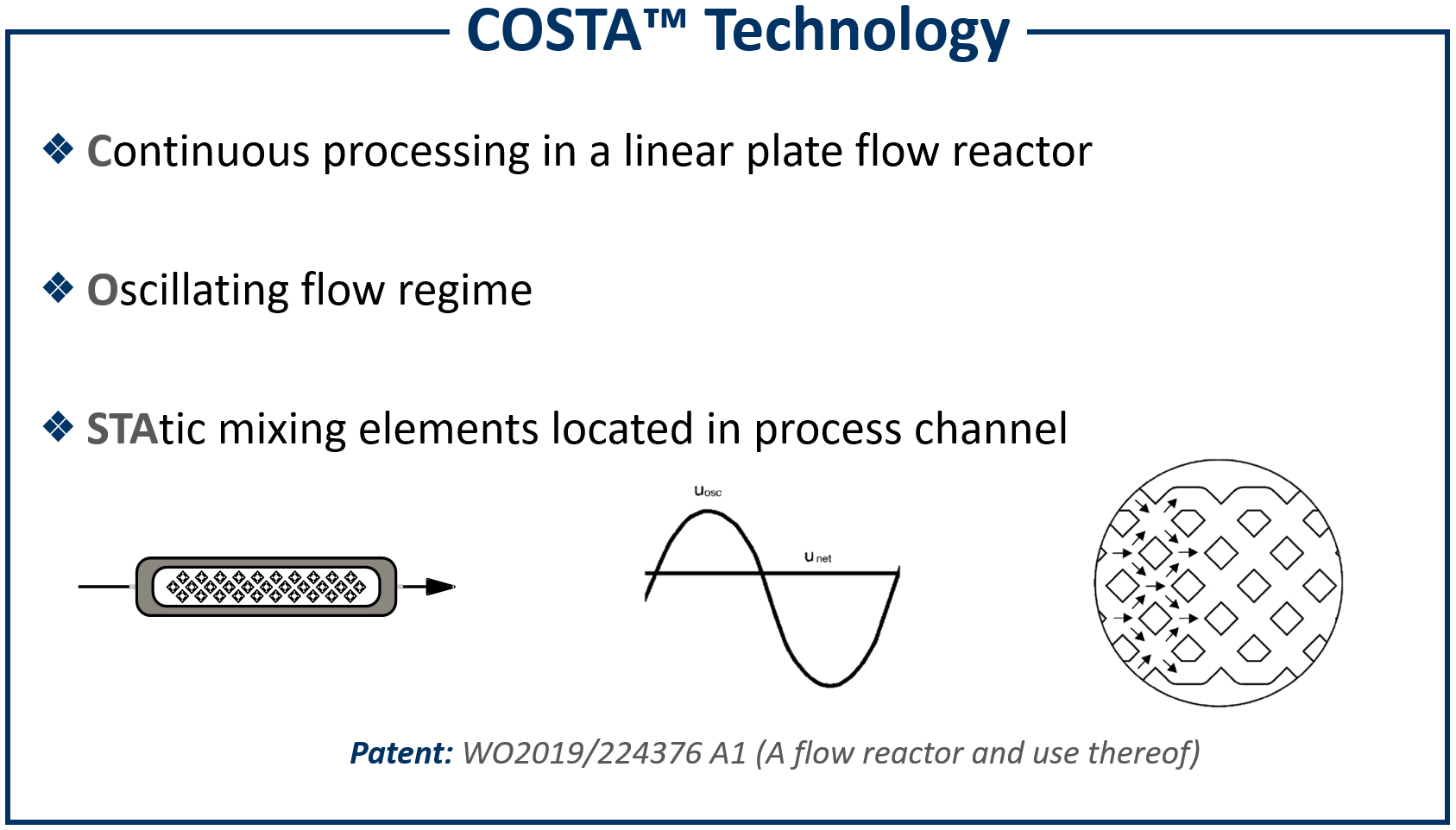 The developed COSTA™ technology is the cornerstone of a range of Creaflow's flow reactors. The name originates from its three distinct features: Continuous processing in a linear plate flow reactor; the use of a superimposed Oscillatory flow regime; and the STAtic mixing elements located in the process channel.

This combination creates a pulsating split-and-recombine flow pattern, which results in an intense and tuneable mixing, independent of the net flow rate, while plug flow behavior is astoundingly improved. Critical process characteristics such as mass- and energy transfer, residence time distribution, and pressure drop are not influenced by the broadening of the linear process channel, so processes can easily be scaled. 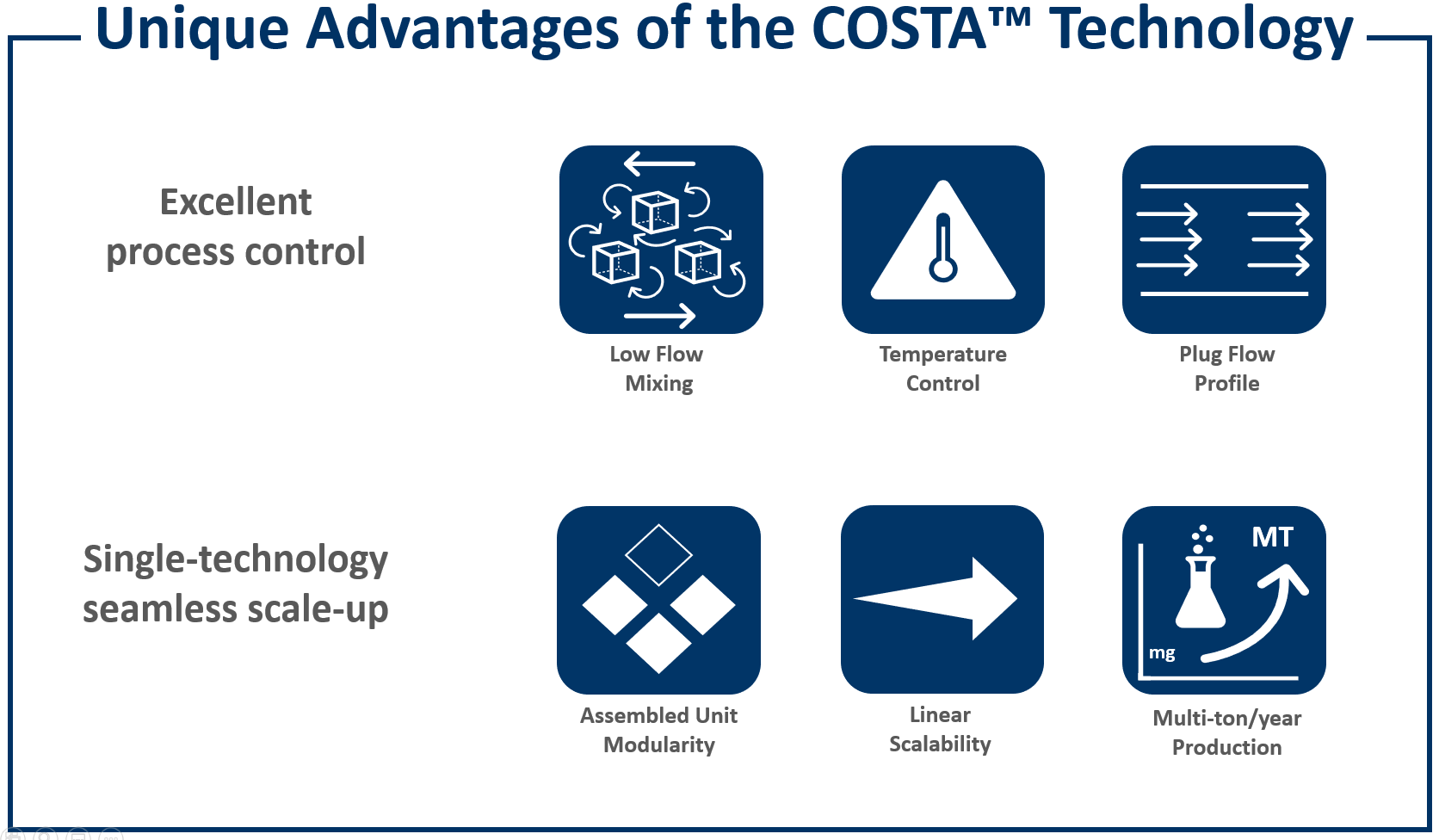 The synergetic combination of the static mixing elements and superimposed pulsatile flow allows intense mixing at all flow rates. As a result, chemical reactions that require longer residence times (i.e. low flow reactions) can be run in a continuous one-pass operation with no need for recirculation, while ensuring excellent control over the residence time distribution. In addition, the two novel process parameters (i.e. pulsation frequency & amplitude) allow you to further optimize your process.

In addition to the excellent mixing provided, heat is effectively dissipated through metal via the extensive static mixing element surfaces and enables on-demand temperature control to operate your chemical process at complete iso-thermal conditions.

While for millimeter and submillimetre dimensioned flow reactors, laminar flow is dominant, the pulsatile flow acquired from the COSTA™ Technology, unlocks unique flow characteristics. As an effect of the pulsation in combination with the static mixing elements, the laminar (i.e. parabolic) velocity profile of your flow field is minimized, and with the optimized amplitude and frequency for your specific process, the flow boundary effect is eliminated, resulting in an improved residence time distribution (RTD), i.e. a plug flow profile for the reactor.

Thanks to the assembled unit modularity, reactor flexibility is guaranteed. As such, reactor parts can be easily exchanged or replaced which allows you to tailor your reactor system to suit your specific chemistry, instead of the vice versa paradigm. Introducing with the 2nd generation of HANU™ flow reactors, modularity has reached yet an entire new level, as the invention of the interchangeable process inlay system enables you to choose from an extended range of materials and allows you to finetune your process up to the level of the static mixing elements shape and size.

Linear Scalability from Lab to Production

Thanks to the seamless scale-up capabilities, productivity rates from several up to 100 tons of product annually can be delivered using the COSTA™ technology. Such productivity rates are well within the range of pharmaceutical commercial-scale production.